Two Tibetans greet each other during a wedding

Introductions are perhaps one of the most difficult, time-consuming, nerve-racking ordeals that a Tibetan refugee has to go through.

I mean, how do you explain to free citizens of free nations, the concept of having to escape one’s homes to preserve our culture, nurture our traditions, save our identities, practice our beliefs, and, mostly, to have the freedom to believe, to speak, and to dissent.

And so, it is an uphill task for Tibetans to do that which most people of free nations consider the simplest part of any conversation — introduce themselves.
The conversations, rather introductions, usually follow a similar course, and the only exceptions are those with people who have some prior knowledge about Tibet and the Tibetan issue.
It always begins with the customary question:

“Where are you from?”

The Tibetan replies: “From here.” (Assuming we’re referring to places in India, “here” would be the Tibetan refugee settlements in north and south India where most Tibetans are based)

Stranger exclaims: “From here? You don’t look local at all? Your family moved here?”

“Wrong. It’s a separate country by itself, towards North India.” — replies a rather patient, but slightly shocked, Tibetan

“Oh! You mean you’re from North East India?” — asks a now excited stranger who feels he/she has just had an a-ha moment

“No. We’re Tibetans. From Tibet. It’s a separate country altogether. Our parents followed the Dalai Lama into exile after Tibet was occupied by the Chinese.” — says the Tibetan in response, all the time marveling at the stranger’s general knowledge (or the lack, thereof)

“Yes, you are absolutely right” — the Tibetan heaves a sigh of relief. All is well with the world again

“Hmm. Interesting. I would really like to visit your place. So what did your parents do for a living?”

“Wow. You have a farmhouse?”

“No, it’s not as grand as it sounds. The size of the land for cultivation per family is based on the number of family members at the time the land was distributed by the state governments of the various settlements that Tibetans reside in. For example, a three-member family should have about two to three acres.”

“Nice. By the way, do you know how to make momos?”

“Will you treat me to momos if I visit your place? I had them in Nepal last year, but I can never seem to find a good place that sells momos here in the city.”

“I want to learn how to make momos as well. Will you teach me one of these days?”

“Sure. It’s fairly simple once you get the hang of it but you still need a different utensil to make momos.”

“I’m not sure where in the city but I do know that most of the shops in the Tibetan settlements sell them.”

“Then I definitely must go to these places. Anyway, I’ve noticed this for a while among people who look like you and have been meaning to ask — what is this bead-like thing you wear on your wrist?”

“These are prayer beads.”

“Is it a fashion statement? Most people who look like you have this.”

“No, it’s not a fashion statement. We wear these because we use it to say our prayers and chant mantras”

“My God, this is so interesting. By the way, what did you say your name was again?”

“How come everyone seems to have the same name?

…and so, it continues. And the Tibetan then explains why most Tibetans have names starting with Tenzin or Karma or Tsering, depending on which high lama gave him/her the name, how it is all dependent on the sects of Tibetan Buddhism; following which, the Tibetan has to explain the four different sects of Tibetan Buddhism, how they differ and how they’re alike, and why we had to come this far to practice our centuries-old beliefs; which then brings us to the next question of why Tibetan Buddhism is such a rage in the west and how folks like Richard Gere and Sharon Stone came to be Tibet supporters and whether they are also Tibetan Buddhists; which then brings us to the next question over how monks in Tibetan Buddhism become monks or nuns nuns, what say they have as individuals to decide their fate, the life they lead as monks or nuns;… and so it continues, the questioning and the answering.
So, you see, it’s really just a starting problem, no brake problem later though. 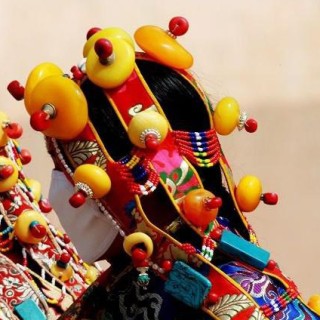